“I am an invitation for all those who are seeking, searching, and have a deep longing in their hearts to find their home”

Way back in 1971, years before he became known for his books and meditation centers around the world — and long before he was introduced to a whole new generation by the 2018 Netflix documentary “Wild, Wild Country” – Osho made a prediction. He could foresee a time in the future when, as he put it, “Nobody will be willing to read a book anymore. I can speak to the whole world on a television network. All can listen directly.” 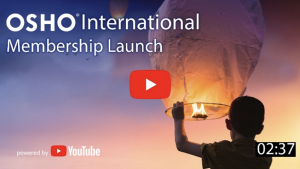 Osho International launched Osho’s own television network on YouTube as an additional section EXCLUSIVE FOR MEMBERS. Watch the launch video

At the time, the idea seemed outlandish. The technology for recording film and video was far too cumbersome and disruptive to record Osho as he spoke. His talks would usually last between an hour to ninety minutes, at first with small gatherings of people in Mumbai and later with larger gatherings for his daily talks in Pune in the latter half of the 1970s. The few video recordings made at that time were no more than 15 or 20 minutes long, limited by the existing technology.

It was not until 1984 in the United States, when he emerged from a three-and-a-half-year period of silence, that Osho’s talks and interviews with the press could be easily videotaped in full.

By the time YouTube came into being in 2006, only a small number of people had been able to see these video recordings, usually either at the OSHO International Meditation Resort in Pune, India, or in a handful of Osho meditation centers around the world. A dwindling number of people remain who have also experienced Osho’s physical presence. So, while the Osho books and audio recordings have long been widely available, the ability to see him “live” has been limited to a relatively small number of people.

Even today, many readers of Osho’s books remain unaware that he has never written a book in his life. Instead, the books are created from transcripts of a series of talks where he is sometimes responding to personal questions submitted by listeners on their personal issues…. and always on meditation. At other times, Osho is commenting on contemporary global issues, or on texts from religious or spiritual traditions, or on poetry, philosophy, or philosophy…. Osho is one of the most prolific authors of all time, with thousands of titles in over 60 languages. So, for those who love books, there is no shortage of opportunity!

However, Osho himself has always been clear about the limitations of the printed page. He says:

“Seeing reaches deeper in you than reading. Reading is only words; seeing has a totally different effect. . . . My gestures will be missed in the book. My silent pauses will not be there in the book, nor my eyes, which say so much. You may put the same sentence in the book, but it has lost almost 80 percent of its meaning. Because that 80 percent was not in the sentence but in things around it: the eyes, the hands, the personality, the man, the face; his emphasis, his way of saying a thing. His voice, his authority, which penetrates the heart.” 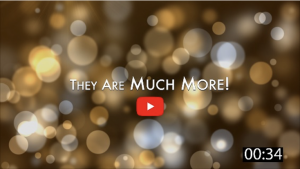 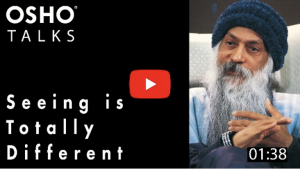 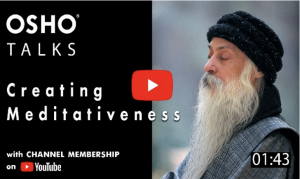 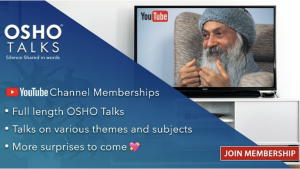 Now, thanks to the digital revolutions of the 21st century, the worldwide television network foreseen by Osho almost 50 years ago has become a reality on YouTube.

When YouTube was first launched, only short duration videos could be shared on the platform. At that time, OSHO International created a YouTube channel and offered a selection of excerpts from Osho’s recorded talks. The challenge was to introduce the main topics he spoke about, while also preserving the integrity of his message. And, while a sense of humor and playfulness is certainly a key part of that message, his work is not in the same category as “entertainment,” which he has been quite clear about – nor are his talks meant to be “lectures” for students to take notes on and remember.

Each Osho talk is a complete journey unto itself. That journey can take an hour, two hours and on rare occasions it can even be a three- or four-hour marathon! So a 10-minute video clip, no matter how carefully chosen, will by necessity be only a “trailer,” an invitation to dive into the whole. Once submerged in the whole, the viewer discovers that it is full of twists and turns, colorful byways and unexpected surprises… punctuated by a raised eyebrow, a subtle gesture, a chuckle or the telling of an outrageous joke… and then suddenly a pause, a taste of unexpected silence, the fundamental message of each talk. What Osho calls, “the art of listening.” All these are intrinsic features of an OSHO Talk. 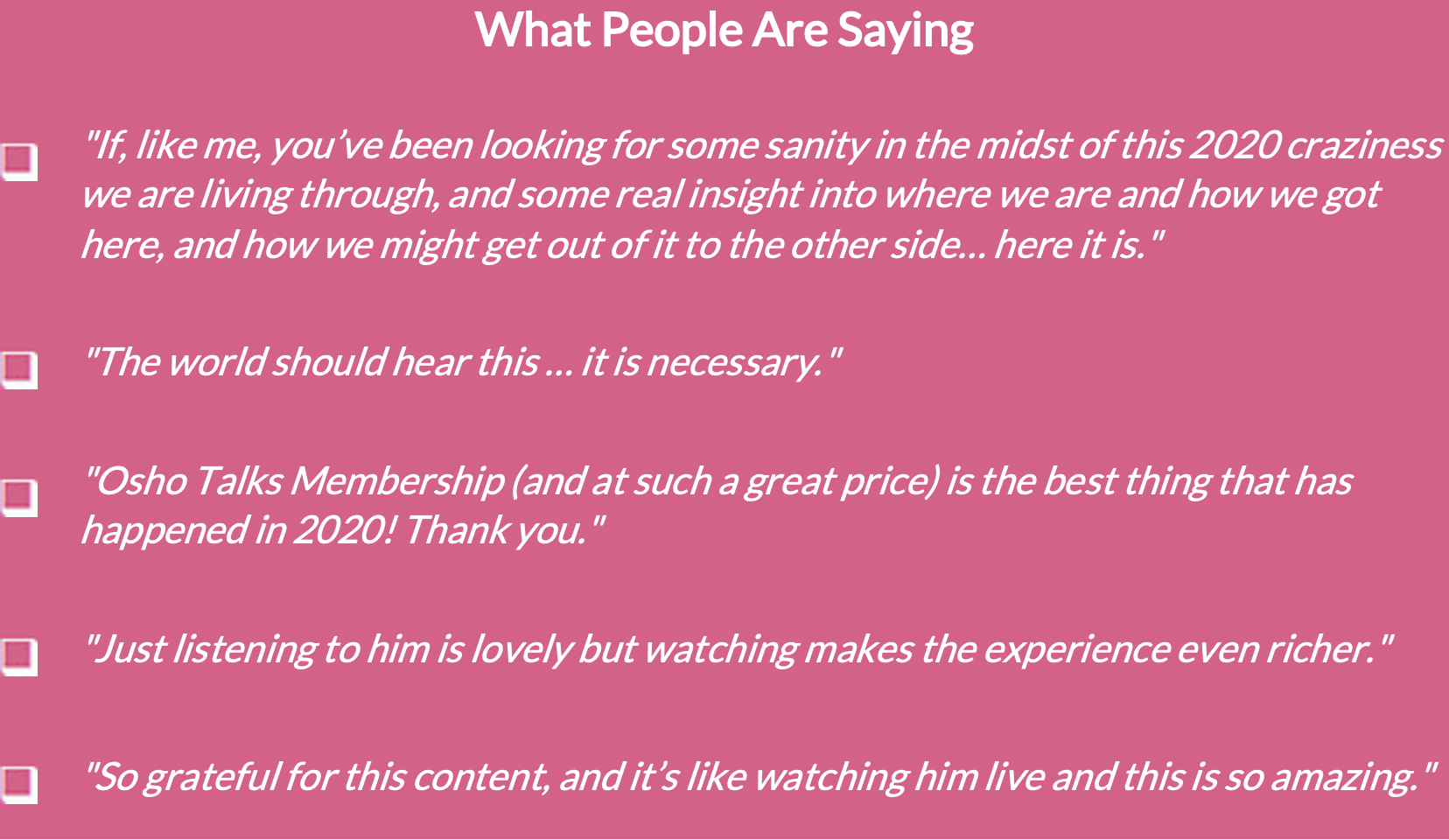 Osho has said many things about the purpose of his speaking.

Here are just a few:

“How to give people a taste of meditation was my basic reason to speak, so I can go on speaking eternally – it does not matter what I am saying.”

“From my words you can get burned, but you will not be able to find any kind of theology, dogmatism. You can find a way to live but not a dogma to preach. You can find a rebellious quality to be imbibed, but you will not find a revolutionary theme to be organized. My words are not only on fire. I am putting gunpowder also here and there, which will go on exploding for centuries.”

“I am not trying to say something, I am trying to show something. At the most you can call me a good storyteller, that’s all. I am not a philosopher, not a theoretician, not a theologian.”

“When I talk to you my words are like caged eagles, my words are in a prison. If you really listen to me, you will drop the cage and you will release the eagle.”

“My discourses can do only one thing: they can inspire you to transform yourself.”

Now on the OSHO International YouTube Channel you can subscribe to a new section EXCLUSIVE FOR MEMBERS (with a monthly fee comparable to the price of a Starbucks coffee) giving you access to full series of talks. Starting with a series of talks titled “Beyond Psychology,” spoken in Uruguay shortly after Osho was expelled from the United States. Regular updates include new series of talks and selected videos on subjects that matter to us: love, relating, body-mind, sex, power and more. Osho’s talks remain absolutely contemporary, strikingly relevant to the times of crisis we are living through today.

OSHO International continues the high-quality digitization process of the entire video archive and as part of this offer you will be able to see the first series in High Definition (HD) an upconverted video quality.

Upgrade your channel subscription to a paid membership to enjoy these transformative talks.

“we can use all the news media – which were not available for Buddha or Jesus or Mohammed, and which are available to us” Osho.

»            Special collections of videos on various themes and subjects