Regular meditation does make a difference, especially in this digital age.

In a recent article for the New York Times entitled ‘You Should Meditate Every Day,’ Opinion Columnist Farhad Manjoo, a technology journalist for nearly 20 years and a tech devotee even longer, says it’s the best way he’s found to keep digital monsters at bay.

He talks about how making meditation part of his morning routine and making himself stick with it made all the difference, so that eventually something clicked, the benefits became noticeable, and then remarkable.

So why hasn’t everyone started meditating already?

“Make it a regular thing. Even if you cannot do anything, just sit silently. Just to give specific time, deliberately, to meditation is enough… just the very idea that for one hour you will be sitting for meditation, and then you sit. Even if you don’t do anything, you simply sit under a tree or in your room, slowly, slowly that one hour becomes the most precious time.

You start waiting for it. You look forward to it. Slowly, slowly something starts settling in you; that one hour becomes sacred. And you can see the difference between your other twenty-three hours and that one hour.

“It is like a diamond in a heap of pebbles: it shines, it has a grandeur of its own. And that one hour finally becomes the only time saved. All else has gone down the drain. One day one understands that those were the only moments that one lived.

“When the German poet, Goethe, was dying, somebody said ‘In your long life you must have enjoyed many beautiful moments.’ He was a man of great caliber, one of the greatest geniuses of the world, and multi-dimensional. But the question made him very sad. He said ‘If I count then it can’t come to more than two weeks in my whole life. But those are the only two weeks that I have really lived – a few moments far and few between; those were the real moments. I have lived only two weeks, the rest has been just a wastage.’ If Goethe said that, what about an ordinary man? – not even two weeks.

But if one meditates, one simply sits for meditation, one keeps that one hour sacred and separate, slowly, slowly that one hour becomes a window: it starts giving you glimpses of the beyond.

“In that one hour you become open to something unknown, mysterious. You start feeling the presence that can only be called divine; there is no other word to express it. That one hour becomes a transforming process.” 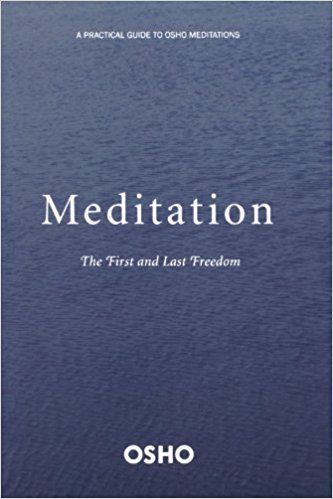 To continue reading follow the link to purchase this book:
Osho, Meditation: The First and Last Freedom

Turn Your Anguish into a Witnessing Consciousness

3 min read For the first time humanity is feeling the fear of a universal death. Relax, close your eyes, watch your thoughts as if you are watching a movie on the screen. You are just a watcher.

4 min read Witnessing is enough. It is a very silent process, but the consequences are tremendously great. There is no other method that can be better than witnessing as far as dispersing the darkness of the mind is concerned.

Use Times of Crisis to Be Transformed

4 min read Use this time of crisis, use this door, this opportunity, and be transformed. That's why my emphasis is on individual revolution.

9 min read Thoughts are not the problem, the birth of thoughts is the problem. How they are born is the question. If we can stop their coming into being, if we can exercise thought birth control, then the thoughts that have already been born will disappear in a moment.

Politics Is Collective — Transformation Is Individual

What Is the Meaning of Samadhi?

10 min read The word Samadhi is used only for two things: Firstly, Samadhi is the term used for enlightenment. Secondly, when a master ends his life by deciding to be covered under ground alive. Then on that spot is built some structure and that is known as the Samadhi of that master. Many masters in India have done that. This always happens outdoors in an open space.

The Uses and Abuses of Hypnosis

7 min read "A disease has to be understood, diagnosed; only then can it be treated. Hypnosis is the disease of man, and de-hypnosis will be the way.” Osho